Limerence is something I’ve experienced as far back as I can remember. If you haven’t heard of Limerence before, you’re not alone. I didn’t know there was an actual name for this kind of compulsory weakness/obsession/lovesick addiction that I thought was uniquely my own up until a few years ago.

The term was coined in 1979 by psychologist Dorothy Tennov in her book Love and Limerence: The Experience of Being In Love. Tennov describes limerence as “an involuntary interpersonal state that involves an acute longing for emotional reciprocation, obsessive-compulsive thoughts, feelings, and behaviors, and emotional dependence on another person.”

Limerence convinces us that the object of our desire is the only source there will ever be as far as our happiness, purpose, and Happily Ever After go. With limerence symptoms, you will feel dependent on the other person for emotional survival and devastated to the point of paralysis if these feelings are not reciprocated. Daydreams and fantasies about the other person are unrelenting. As you get deeper into your dependence, you start to plan for the future – not realizing how far from reality you’ve traveled.

Your happiness is no longer something that you have control over.

The funny thing is, none of this sounds strange or out of the ordinary to me whatsoever. This is exactly how I would describe the way I felt and behaved in every relationship in my past.

Gloria Estefan is one of my favorite singers. I grew up listening to her music because my Mom is a fan. I was listening to one of her most popular songs in the car today and realized that the song should be called “Limerence” or  “The Limerant,” instead of “Anything For You.” It describes what it’s like to be in stages of limerence perfectly.

Here are some of the lyrics:

As far as emotional investments go, limerence is something that you’ll never be able to afford. But that’s what television, obnoxiously unrealistic social media accounts, love songs, and romantic movies are for. They thrive on making you feel like “you can have this too,” against all odds, when it comes to romantic love.

Even if those odds defy reality, logic and require the absence of a brain, dignity (and in some cases, the law) to beat.

The problem is, your psyche isn’t wired to produce the kind of currency for that level of bullsh*t cost. Only your fears, delusion, and the story you tell yourself can produce that kind of psychological Monopoly money.

Limerence is the Fool’s Gold of true love.

It’s the romantic love drug that pop culture perpetuates the addiction to. This starts at a young age when we are at our most impressionable and it continues until we become so hopeless in our romantic addiction, we start to confuse true love with limerence.

For me, it started with fairy tales as a kid. I LOVE all of the fairy tales and everything romantic. You name it… Romantic comedies, tv shows, love stories, love songs – cheesy, beautiful, sad, etc… I’m a sucker for it all. The only difference now is, they are no longer used as a marker for comparing my life to. Nor do they set any kind of standard for my relational expectations, wants, and needs.

Romantic love that’s expressed in pop culture is there for your entertainment. Not to use as an outline for the script of your life.

You’d never watch Mission Impossible and because of that, decide to jump out of the next car you were a passenger in, try to scale a wall, and leap into oncoming traffic – convinced that you were going to carry out an impossible mission… would you?

So why do we continue to jump out of the relational cars, thinking we can emotionally survive the oncoming traffic?

Limerence has cost me my emotional and physical health, wealth, happiness, and reputation. It has also cost me relationships with friends and family who became burnt out by its effects.

“You’re going to ruin your life, Natasha! If you don’t stop this, you’re going to wake up in a padded room wearing a straight jacket one day. Or you’ll end up in jail or with some terrible disease from all this stress or you’ll end up dead. It’s okay to be a romantic, but not one that is THIS hopeless, obsessed, and unhinged. You have to stop.”

Friends of mine told me this, family members told me this, the private investigator I tried to hire but thankfully couldn’t afford told me this (I don’t need to say any more about this. Those that get it, get it), and my gut said this to the shameless private investigator I had become. I can think of another time in college that my English professor told me something along these lines after reading a poem I wrote. I remember the poem being very good but it must have made him concerned about my mental health.

I haven’t felt Limerence in a while. I’ve been clean for seven years now. And whenever I feel a limerent hit, I’m now able to deactivate it.

Addiction is hard. Love addiction is harder because unlike other addictions, it’s often cloaked in terms that sound so much prettier and because of that, it gets romanticized instead of seriously addressed.

Going no contact with your addiction is the toughest breakup you will ever have to endure. You can’t just read a book or a blog post about emotional sobriety and suddenly be indefinitely sober.

The key is to first identify the symptoms of Limerence and then, understand the difference between limerence and true Love so that you can rewire, cleanse, and ultimately, get clean.

You may be suffering from Limerence if…

It’s difficult to differentiate between love and limerence. Especially in the beginning stages of a relationship when both overlap.

If you are in a state of limerence, your relationship will be more about securing the other person’s validation, attention, and affection than it will be about truly connecting.

Limerence Treatment. So That You Can Attract and Enable True Love.

My own limerence was disabled the moment I realized what it all boiled down to for me: Representation.

The denominator of limerence is fantasy. This is why the image of the other person was always so glorified and exaggerated.

This is also why I was unable to see who the other person truly was and what our relationship (or lack thereof), truly meant. There was no mutual limerence.

Fantasy is the ultimate form of escapism that cannot survive without the oxygen of representation.

My “aha!” moment came when I realized that it wasn’t about the actual guy I was obsessed with at ALL.

It was about what he meant to me; what he represented.

And ten times out of ten, what we allow other people to represent is the very thing we are too scared to resurrect within ourselves, embody, and pursue.

Build it within yourself FIRST. As you progress, you will become more protective of that progress than you will EVER be interested in hanging onto a person who is only glowing because YOU are shining YOUR light on them.

Limerence will make you feel like the only light you have is a spotlight.

You were not born with a spotlight to shine on others. You are pure light. You emanate it.

Ask yourself what the people that you obsess over REPRESENT. And then, build that home within yourself.

Building homes in other people is the fastest way to end up on the relational streets homeless; locked out of a home that you built.

The only way Limerence will ever stand a chance is if you dim your own light enough to make room for it.

It’s time to amplify. For good.

Are you done with toxic relationships and ready to attract (and be attracted to) healthy relationships? Do you want to connect with others on a deeper level than the comments below? Click here to become an Emotional Mastery Member and learn more. If you’re looking for more personalized, one-on-one help, you can work directly with Natasha Adamo here. 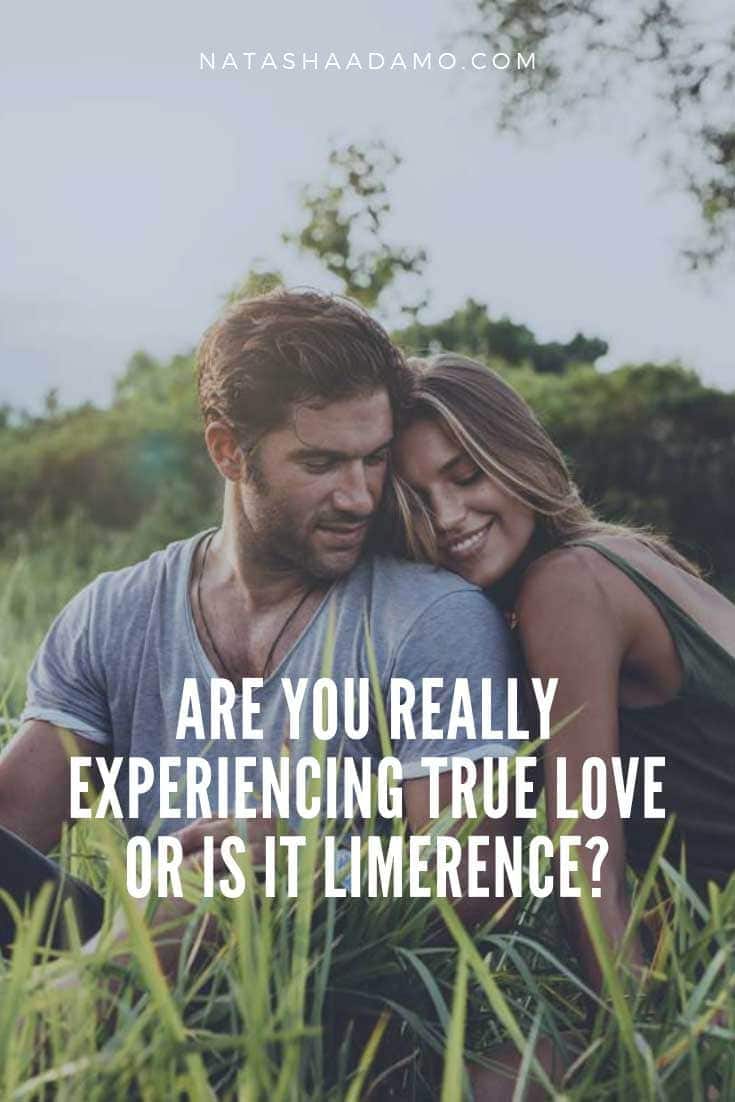 HOW TO STOP CARING ABOUT WHAT OTHER PEOPLE THINK
August 31, 2022

IS MY BOYFRIEND CHEATING? 20 SIGNS THAT YOUR PARTNER MAY BE CHEATING
May 4, 2022

Natasha Adamo is a #1 bestselling author, high-performance, self-help and relationship coach, as well as a speaker and blogger with over two and a half million readers. She currently coaches clients in-person and telephonically in thirty-one countries around the world. Win Your Breakup is her first book.