Knowing how to be happy again after a breakup of any kind is tough enough. Being cheated on turns happiness into something you feel like you can’t trust and will never be able to experience again.

After a betrayal, you don’t want to know how to be happy again. Happiness now equals a kind of anxiety that is so crippling and investigation-igniting, you avoid it while also yearning for it. You wish you could feel it the way you did before everything fell apart. The things that should make you happy, now bring out the worst in you. You don’t know how to be happy again and you’ve surrendered to the belief that you never will be.

Years ago, I dated a guy who I was so in love with but never felt like I fully “had” if that makes sense. One night, I didn’t hear from him and my gut just knew. When I asked him the next day if he had cheated on me, he said yes. He broke down and apologized profusely. At that moment, my entire world was turned upside down and destroyed. I didn’t know how to be happy again. I was in emotional shock.

I had no idea who I was anymore and no idea who I had been dating. I felt so ashamed, rejected, and ugly, but I was paralyzed in the love I had for him and couldn’t imagine not being together. It was almost as if finding this out and hearing how sorry he was made me even more of a cling-on.

So, instead of flushing and moving on, I started to take the worst kind of inventory. I went over every moment, every second, every time where he went out and didn’t text or call. I thought about all the times that I was busy with school and he made other plans. My mind was racing. I needed to slow down and digest what was happening.

After only 2 days of not talking, he called. “I need to see you. Please.” When I met up with him, he looked like a shell of the man I knew. And in a way it made me feel better that he looked so terrible. We sat down and he said everything that I ever wanted to hear. He opened up in ways that he never had before. I was shocked.

He promised me that it would be different this time, that it would never happen again and he even explained to me what led him to cheat. Multiple times.

There was a part of my 21-year-old heart that was relieved to know I wasn’t crazy and that my gut had connected the dots correctly.

There was also a part of me that respected his honesty. He could have easily said that he had just cheated that one time.

But then, there was this part of me that shattered. It hurt too much to acknowledge. This was the part of me that had been shot down. I under-the-rug brushed that part and promised myself that I’d get to it later once things calmed down.

He wanted to get back together. And guess what? I was that desperate and we did. We dated for another 5 months. I thought I had figured out how to be happy again but happiness had taken on a whole new definition – misery.

I hated who I had become – the worst kind of parole officer/manager/checker-upper nightmare ever.

It was terrible. I wanted to get attention from other men as a way of getting back at him for what he had done and destroyed but I didn’t. Keeping up with his every move was making me neglect myself.

I wanted to kill myself and in the process of that hopelessness, I ended up committing emotional and relational suicide.

HE finally broke up with ME because he couldn’t take the insanity any longer. I was twice as broken.

As bad as that was, what felt like even more of a betrayal was when I dated another guy who flirted with other women – both in-person (which he would brag to me about) and online for everyone to see. He did this while I was going through one of the worst times in my life. I feel like certain life circumstances, especially death, diagnosis, and crisis, will bring out even momentary humanity in the most unavailable and selfish people. When I confronted him with the proof I had on social media and reminded him of the times that he directly and pathetically tried to make me jealous, he owned up to it all, apologized, and assured me that when he had gone out, he always acted respectfully.

This actually hurt more. It was more of an intelligence insult and betrayal than the other one. At least the other one was direct and when asked, opened up about more transgressions even though it came with the risk of losing me completely. Not only had this one humiliated me in such a public way for everyone to see, but he maintained the stance of acting respectfully when he went out, despite disrespecting me at the very same time on social media during the most difficult time of my life.

You can’t have the capacity to be that disrespectful in one area and THAT put together/respectful in another.

I never knew if he physically hooked up with anyone else but to me, that was the worst I have ever been cheated on. My life circumstances surrounding his behavior and the fact that at that time, I had no one and he knew what I was going through… It was just cruel and inhumane.

Bottom line, you won’t know how to find happiness again if you don’t remember this: Any feelings that you have surrounding a betrayal are valid. It’s okay to refer to a betrayal of any kind as cheating. Just because he/she didn’t sleep with someone else, don’t ever feel guilty for viewing it as cheating.

I didn’t feel like I dodged any bullets. I was shot with them and a part of me died as a result. Once you’ve been betrayed on that kind of level, you never fully resurrect. I am definitely smarter and more evolved/aware as a result, but the part of me that was shot down is still traumatized.

I allow that part to Rest In Peace and am able to now deactivate it when triggered.

When I look back, I can see my part in most of the times that I’ve been cheated on in one way or another.

While you can provide an environment for someone to feel a certain way and possibly want to cheat, you can’t take credit for “making them do it.” The fact that they had the capacity to carry out that behavior (and not communicate how they felt or break up with you), is a capacity that existed long before you came into the picture.

The times that I got cheated on where I did nothing but unconditionally love and give… those instances hurt the most because they were nonsensical. It’s like two drunk drivers getting into an accident versus one drunk driver hitting a sober person who was obeying all the laws.

With every relationship I have and every new one that I make, I keep my experiences with betrayal close by. It allows me to listen to my gut and have the courage to act on red flags.

I’m sure that in some way, I’ll get cheated on again at some point in my life. The thought of it no longer scares me though.

If you keep thinking, “I want to be happy again,” here’s what you need to keep in mind…

To each their own here but my best advice is to keep it as black and white as possible. Stop greying up everything and handing out passes and benefits of the doubt for “special circumstances.” Go with your gut. My thoughts are very simple when it comes to this: If I am in a monogamous, mutual and loving relationship, I don’t ever hook up with anyone but that person because I don’t want to. If I do want to, then I’ll communicate my feelings, break the relationship off, or let those feelings be – and pass – before I would ever cheat. That’s it. When it’s that simple, there really are no mistakes to be made – Only intentional, selfish actions that will shoot good people down to their emotional death if you pull that trigger.

I learned how to find happiness again when I realized that it wasn’t my fault.

It wasn’t because I wasn’t good enough or pretty enough; that I didn’t love him enough, was too clingy, didn’t give him space, or whatever the excuses were. It was because he was a sh*tty person who deserved another sh*tty person.

I would personally never get drunk and decide to kick a dog. There are people in this world that if they got drunk enough, would kick a dog. Remember this of you were cheated on in any way: You may have been the “alcohol,” but the capacity to kick the relational dog and actually carry out that action was there long before you. It has existed within this person for a long, long time. And it’s not your problem.

Just say no to pathetic relational dog kickers. JUST LIKE you would say no to literal ones.

Believing that it really had nothing to do with me was very hard. I felt like I knew this man so well and because of that, refused to believe that he could do what he did. It was so much easier to blame my perceived lack of value and hang onto all.those.times he said that I was “The One.”

Keep your head high, stay on your white horse and remember that you didn’t make him/her kick the dog.

For anyone to withhold communicating their feelings, engage in deception, and cheat, they have to feel extremely low and very insecure. They also have to be very selfish. These are qualities that should not turn you on.

Lastly, don’t judge those who want to work through infidelity with their partner. You never know what goes on behind closed doors or what people’s situations are. Everyone’s situation is unique. I personally could not work through it but I would never judge anyone for what they wanted to do.

We all have our own insecurities and we are all trying to do the best we can to survive. If you want to know the fastest way to being happy again, help someone out of the pain that you’re going through and hold onto the good that you DO have, no matter how small or insignificant it may seem. I reconnected with an old friend that I took for granted. It felt good to focus on that.

And because I didn’t know anyone who needed help, I created this blog to see if I was as alone as I felt.

Share your experiences here. Help and advise others in need and I promise you, it will help because it will give your pain a purpose.

Sharing in this community together makes us a tribe. It gives our heartbreak meaning and allows us to use the relational educations we have acquired to help each other out of the dark.

This is what makes us human and that light of humanity will always drown out the darkness of betrayal.

Knowing how to find happiness again is about knowing where you’re NOT going to ever find it. It’s about putting an end to seeking approval from toxic people.

Happiness isn’t about money, looks, politics, religion, or status. It’s about you and me. It’s about how our pain connects us in ways that affirm we are indeed healers, saviors, and soul mates – to ourselves and each other.

+ If you need further and more personalized help with your relationships, please look into working with me here. 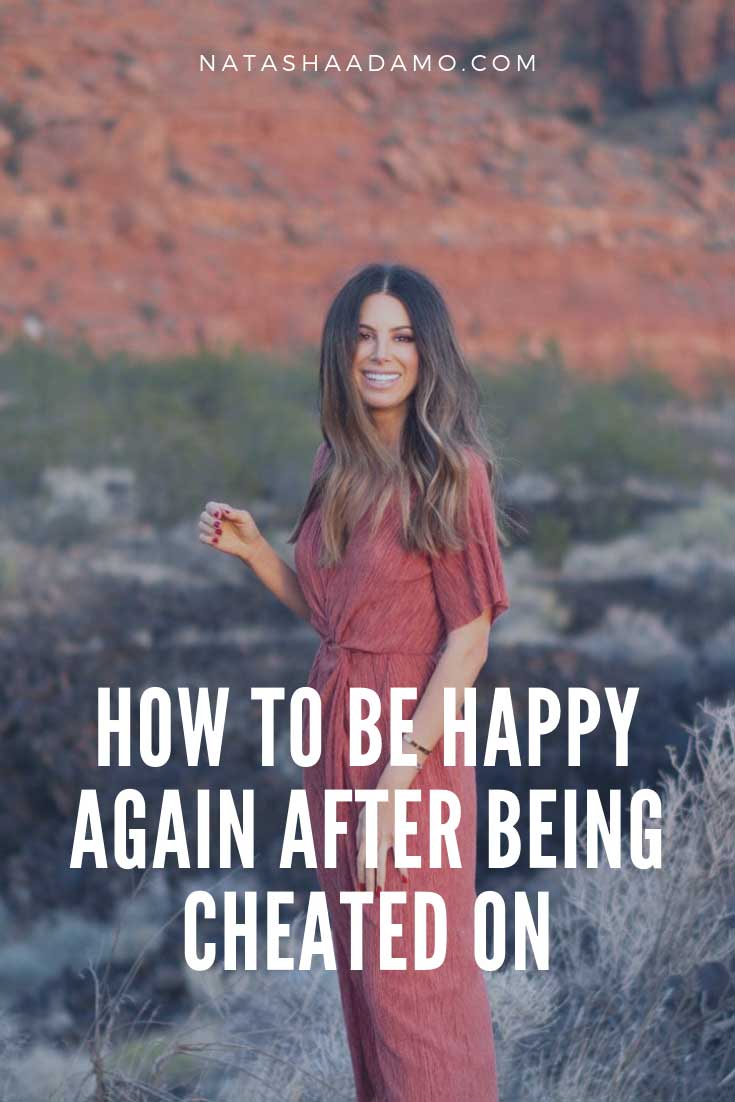